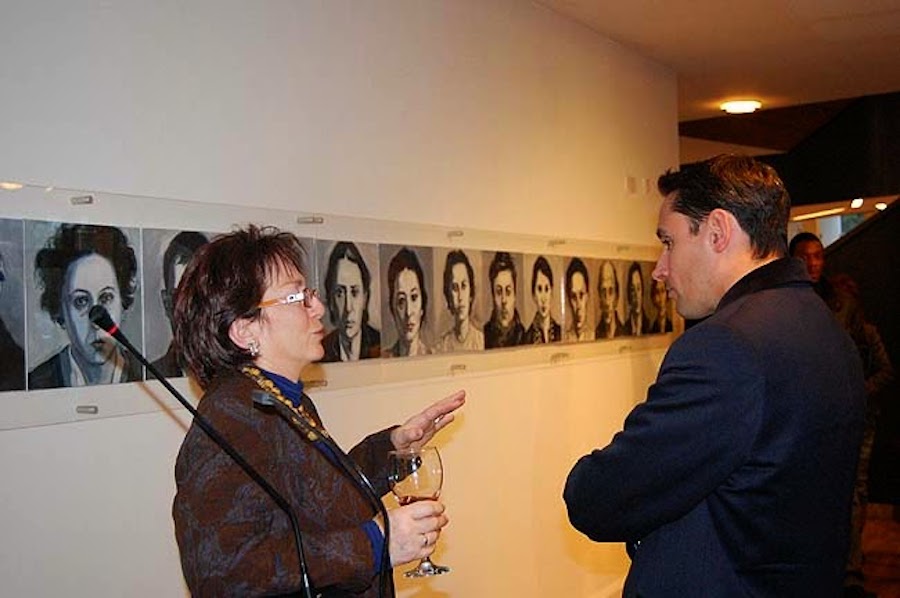 ‘’It’s very important to believe in what you doing and believe passionately. And language will never be a problem’’

21st of May in Gallery ‘’We are Birmingham’’ NASH DOM visited the opening of exhibition by Nadia Kisseleva ‘’Document’’. Nadia is an artist from Russia. She lived in Kenya for 16 years and now she lives in England.

Exhibition ‘’Document’’ was inspired by David’s King’s book ‘’Ordinary Citizens: the Victims of Stalin’’. The book included mug shots that were taken from interrogation files of secret police in Moscow. The files chosen were of those who were arrested on falsified charges, found guilty and shot during Stalin’s reign of terror from the late 1920s until his death in 1953. Nadia’s mother’s death in year 2005 also played an important role.

Nadia used those photos and made small portraits, conceptual paintings. In our interview about her work, career and her vision of artist’s role in society Nadia revealed ‘’for new artist it’s very difficult to settle down and integrate in artist community. And the main thing is not to lose yourself. Artists from Eastern Europe have lived in different culture and its important not to forget it, because that makes an artist different’’.

Nash Dom is thanking Nadia for a wonderful evening and very thoughtful exhibition. We are looking forward for more exhibitions.